Pedro Victor Brandão is a Brazilian artist working with mediums of photography, painting, video and social experimentation that confront artistic traditions in assessments of the present and future of capitalism through research in economics, the right to the city, cybernetics and the current manipulative nature of the technical image. His “Proofs of Work” series has been minted on Ephimera since January 2021, and seven of these pieces will be on display during Miami Art Week with Portas Vilaseca Galeria (Booth B48) at the Untitled Art fair, from November 29th to December 4th,

“Proofs of Work” is a series of early photographic darkroom experiments made between 1992 and 2012, comprising a range of analog resources such as chemical painting, solarization and double exposure of negatives.

To learn more about this extensive body of work, we interviewed Pedro to gather his thoughts on analog processes, the concept behind “Proofs of Work”, and the synergy of art and blockchain technology.

Ephimera: Tell us a little bit about your background. How did you find your art practice?

Pedro: I like to say that artistic practices ended up finding me, for several reasons. Perhaps the main one was the fact that I grew up in an analog photography laboratory that my parents maintained for a long time – Laboratório F3 – which was frequented by artists of various generations between 1981 and 2004, when it went bankrupt for not being able to adapt to the digital age in the midst of a national economic crisis that had started in 1999. It was there that I learned the fundamentals of photography when I was a child. I used to spend the weekends doing some experiments with leftover material – expired papers and chemicals, for example.

When I was about 14 years old, I showed some of these experiments to a client who frequented the laboratory a lot, the artist Luciano Figueiredo. Luciano said right away that I had to look at the works of José Oiticica Filho – one of the exponents of Brazilian experimental photography. I think that from then on I became interested in developing a photographic language that went beyond the click, beyond the camera. Later, in 2005, I entered the painting BFA at the School of Fine Arts of the Federal University of Rio de Janeiro (EBA-UFRJ), but I soon had to leave because it was a full-time course, and since the closure of the family business I had also to work. From 2006 onwards I started to attend the free courses at the Parque Lage School of Visual Arts. There I had classes with Denise Cathilina, who is an amazing artist and it was very important to understand the possibilities within the field of expanded photography – it was with her that I read for the first time the writings of people like Vilém Flusser, Susan Sontag, Nadja Fonseca Peregrino, Walter Benjamin, Arlindo Machado, among others. I also spent a lot of time there in project development classes with artist and curator Franz Manata, who became a friend and collaborator. At Parque Lage, I was able to better elaborate a critical discourse based on artistic experiments, opening the way to interpret the relationship between image and truth considering the political and economic landscapes that I am a part of.

In 2011, I presented my first solo exhibition at a cultural center called Casa França-Brasil – a place that in the early 19th century was the first chamber of commerce in the city. I had been asked to present a project in what had been an old vault – a small room measuring 4 square meters. I showed “Pintura Antifurto”) [“Anti-theft Painting”] – a photographic panel and 1800 small prints made from photographic reproductions of Brazilian real banknotes that had been stained by an anti-theft device that dyes bills pink when ATMs suffer an explosion attempt. In an interview with journalist Gilberto de Abreu talking about the exhibition, I publicly mentioned bitcoin for the first time – saying that a banknote from this series was worth 4฿…

Ephimera: Tell us about when you started “Proofs of Work” in 1992. How did you start creating this work?

Pedro: In 1992 – I must have been about 7 years old – that’s when I remember having printed my first copy, together with my father. It was from a negative of a walk we had taken in the Rio de Janeiro Botanical Garden, showing piles of sand that were in a corner, probably due to some renovation or construction in the park. I think that the series itself begins in 2021, when after almost a year of the pandemic, in one of the re-arrangements I did during that period at the storage, I found many of these copies printed on different occasions. I usually organize my work in series and while looking at the folders, I realized these prints pointed to initial directions that informed research that I came to complete later. I made an initial selection and all the images go through a cleaning process: dust off, leave a few minutes in the stop bath, do a wash, then a few more minutes in a glycerin solution, then wash again.

Ephimera: When you completed the project in 2012, how did you envision it? Did you feel that it was finished at the time?

Pedro: 2012 was the last time I had direct access to an analog lab where I could print myself. In other sets of works that needed greater precision or greater scale, I used professional laboratories, such as SpeedLab (Rio de Janeiro), Negatif+ (Paris) and Pixelgrain (Berlin). In 2021 I scanned and minted 15 of these images – but I think it’s a series of about 50 that I plan to keep minting over time. I’m not in a big hurry to “finish” the series, because I like to spend time on these editing steps. After cleaning comes a documentation step: shooting the images with a size scale for the Vision Board (usually my hand) and high resolution scanning, which is done with a colour scale to reproduce these unique images with some fidelity. We put them in square frames for the Untitled Art fair, which starts now by the end of November as part of Miami Art Week.

Ephimera: What was behind the decision to then mint “Proofs of Work” on the Ethereum blockchain?

Pedro: I wanted to open up to a wider audience a part of my production that few people know about, which are these initial experiments. I think it also has an archival interest – the combination of tokenization with permanent hosting via IPFS somehow creates an immutable historical record. The choice of the name of the series has something to do with this: they are unique photographic proofs (some of them I don’t even have the negative anymore, others are generated from chemical paintings) and there is an allusion to the proof model used by the most robust blockchains. When Ephimera came out in November 2020, I thought it would be an interesting space to mint this series – the 250mb limit allowed files to be uploaded in giant resolutions (21600px on the longest side, which can make a copy with 72in or 182cm at 300 ppi).

Ephimera: What is it about minting analog work, transforming pieces into “financial instruments”, that is so interesting to you?

Pedro: I have been working for over ten years at this intersection between contemporary art and distributed ledger technologies, the possibility of encoding value ​​within an artwork is something that has marked my practices a lot. Artists have always had to assimilate valuation systems before (at least since the Renaissance, I guess), but what we’re seeing now with cryptomedia seems different. The idea of ​​self-issuance allows new ways to think about redistribution and organization – aspects that are of most interest. I think it’s a little sad to sum up what has been called the “metaverse” to a matter of ownership, because it can be much more than that, such as a multitude of venture communist strategies. The fact of mixing old and new technologies also relates to previous works, a kind of multimedia storytelling. In some ways, the recent history of decentralized finance recalls the history of photography, which is also an invention made from natural laws.

I realize that people are still figuring out what a token can do. In the case of “Proofs of Work” I thought of minting the series in a way that could continue to propagate value in the future with other types of intermediation. Collections that buy the token can keep 10% of the value of non-tokenized large-format copies that are sold in the future by the traditional galleries that represent me. It was also the first series of works in which I set aside 10% of proceeds for the Acerola Fund – created in January 2021 as a distributed governance and indirect coordination experiment focused on the acquisition of NFT’s created by artists from the Global South.

So, in an example, with the sale of “Untitled #5”, I was able to buy the first NFT from an artist I really like, and who has just started minting her works, Ida Leal. The Acerola Fund is a DAO in formation, which does not have an ambition of scale, but exists to create a collaborative circle for the redistribution of values. I invite the readers to pay an “IRL” visit during Miami Art Week and if you are a right-click-save person, please check the “view original size” link of Ephimera. 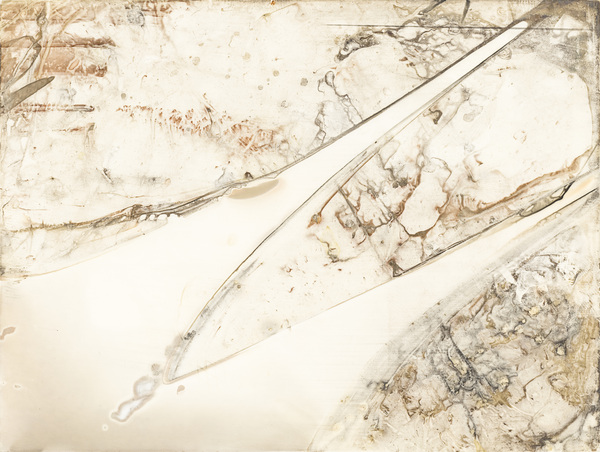 View “Proof of Work” series in the Ephimera Marketplace
← To enter the school of value - Leonardo Araujo Beserra, 2019