Futuristic and Speculative Circuit of African Heritage Disrespect, of Urban Oblivion and the Rotting of Society (2016)

The Futuristic and Speculative Circuit of African Heritage Disrespect, of Urban Oblivion, and the Rotting of Society was an action and series of six synthesis-images co-created by Laura Burocco & Pedro Victor Brandão; with the participation of Roberto Gomes Santos, Antonio Machado, Claudio Honorato and guests; with records by Daniel Santos, Lucas Parente and Giulia Majolino; with support from the Institute of Architects of Brazil.

Rio de Janeiro, in particular the perimeter of the Port of Rio defined by the operation Porto Maravilha, underwent an intense process of urban transformation. The reach of a “global level” made of modernity and development (meaning access to consumption and improvement of production indexes) was achieved at the expense of others, who suffer neglect and negation. Analyzing the gentrification process as a visual process capable of filling the landscape with symbolic meanings, the opening of MAR, with its transparent walls that separate the museum from the street, as well as the candor of the Museum of Tomorrow and the square that houses it, it becomes clear that there is a class (and race) conflict in relation to belonging and legitimacy in the occupation of the territory of Porto.

Cultural facilities have become necessary gears for the functioning of the tourism “cultural factory”, satisfying classic strategies for urban regeneration. The interest in the disappearance of a haunted past attends to the sale of a product (the city), presented as a spectacle of enormous positivity, indisputable and untouchable (Debord: 1992). Based on the Circuito Histórico e Arqueológico da Celebração da Herança Africana [Historical and Archaeological Circuit of the Celebration of African Heritage] designed by the City of Rio de Janeiro, the Futuristic and Speculative Circuit of African Heritage Disrespect, of Urban Oblivion, and the Rotting of Society took us, from the hyper-celebrated Praça Mauá, to other places forgotten by the public-private partnerships: the former Zumbi dos Palmares occupation; the Ação e Cidadania warehouse; the Jardim do Valongo, and the Galpão da Gamboa. In each station the guests themselves helped to rescue the forgetfulness. The intention was, for a moment, to give visibility and visuality to the history and identity of the place and the disrespect that characterizes people’s daily lives. Due to the disrespectful nature of the revitalization of the city of Rio de Janeiro, this model can be easily reproduced in other areas.

~ Historic of the Action ~

In September 2016, Theatrum Mundi launched a public call with the name “Designing Respect“, in a partnership with People’s Palace Projects and Museu do Amanhã.

We applied with Futuristic and Speculative Circuit of African Heritage Disrespect, of Urban Oblivion, and the Rotting of Society with the intention of raising not only the issues of Porto but also the issues of this type of projects and the partners involved.

The project – obviously – was not selected. We then took a walk along the route described below, where the guests went for almost 5 hours, on a sunny Saturday afternoon, October 8, 2016.

A3 laser prints were made and wheat-pasted on the streets of the region on the morning of the 8th. We met the guests at 3 pm in front of Museu de Arte do Rio, MAR, and went through the following points found on their themes:

About 30 people were with us, under the guidance of Roberto Gomes Santos, a former resident of the Occupation Quilombo das Guerreiras and representative of the Quilombo da Gamboa; Antonio Machado, from Afoxé Filhos de Gandhi and Claudio Honorato, from the Instituto dos Pretos Novos (IPN).

In each station we had a long pause, opening conversations on the themes mentioned above, addressing to the tense issues in which disrespect is applied, based on the spontaneous speech of all those present. Our walk ended at Bar do Candinho, at Rua Pedro Ernesto 43, where we joined the #FicaCandinho choir. 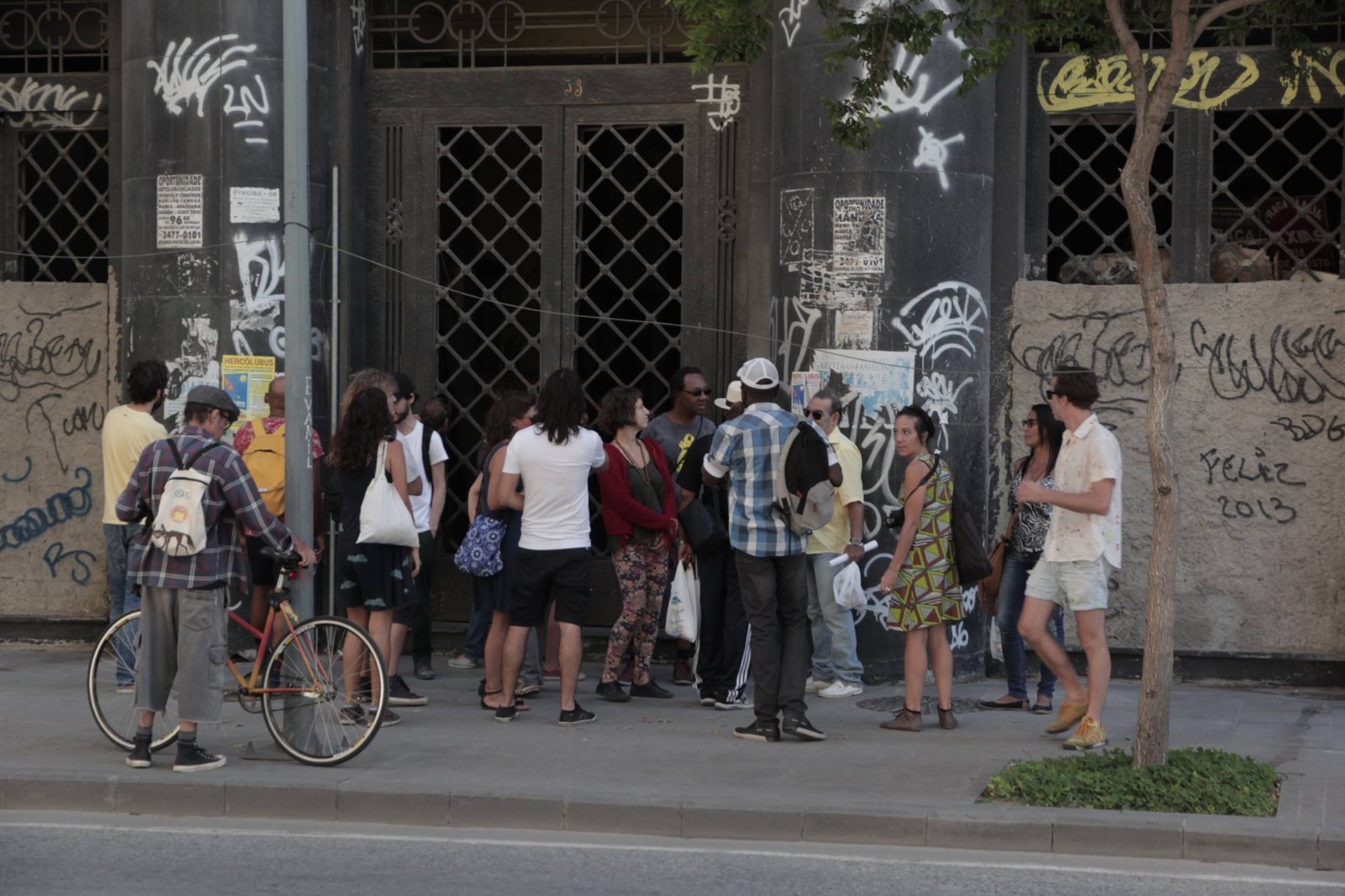 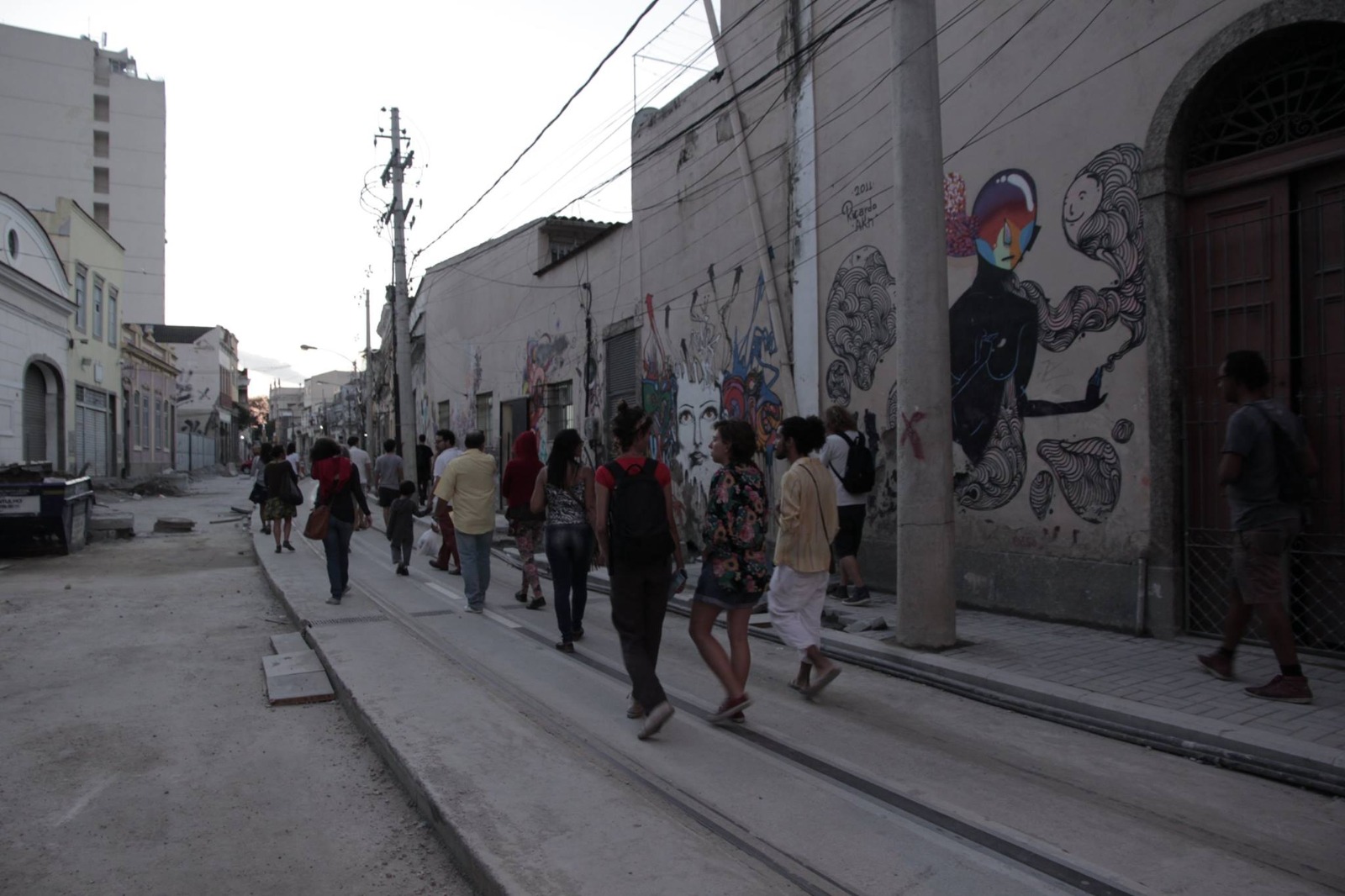 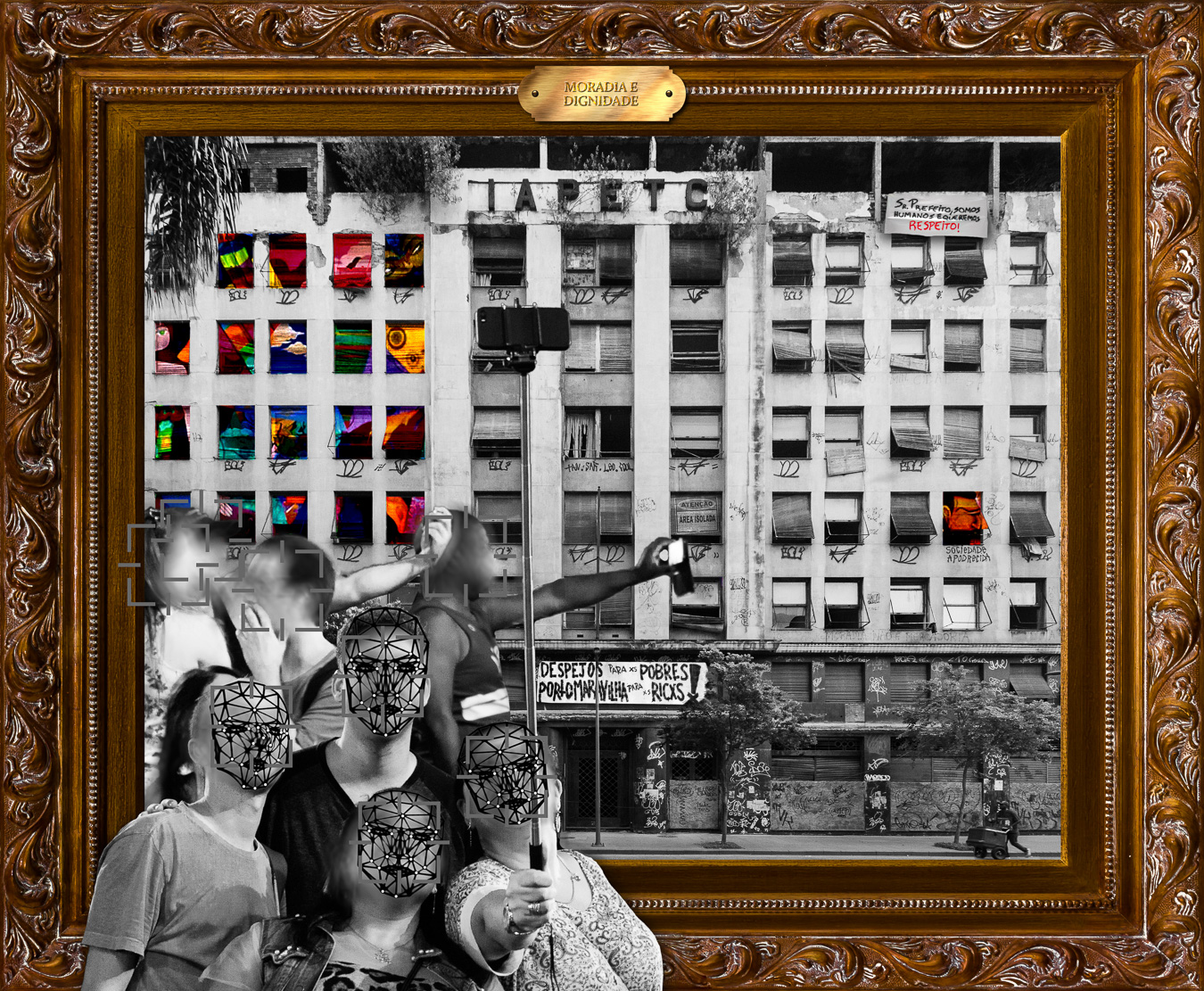