A set of images taken in the previous week to the municipal elections in Rio de Janeiro, 2012. The photos depict the interior of dual-sided banners used by the candidates to councilman and mayor as political propaganda.

These structures follow a law that prevents its simple abandonment on the streets and sidewalks, while one canvasser (generally unemployed or retired people hired for cheap by the electoral committees of the parties) must place, observe, maintain and collect campaign materials every day.

In the lack of stability against wind and the weight of the own structure, some canvassers came up with “gambiarras”: rocks, plastic bags with sand, water bottles and other jerry-rigs work as counterweight, producing some unintentional precarious sculptures.

2012’s municipal elections were the most expensive in our recent democratic history, with expenses going around R$3,4 billion over the 5568 cities of Brasil.

In Rio, the campaign that re-elected the mayor was mostly funded by big construction companies whose efforts are directly related to the transformation of the “marvelous city” into “olympic city” through public-private partnership contracts with the municipality. The precarity hidden behind political propaganda makes a contrast with this wealthy landscape painted all over Brasil. 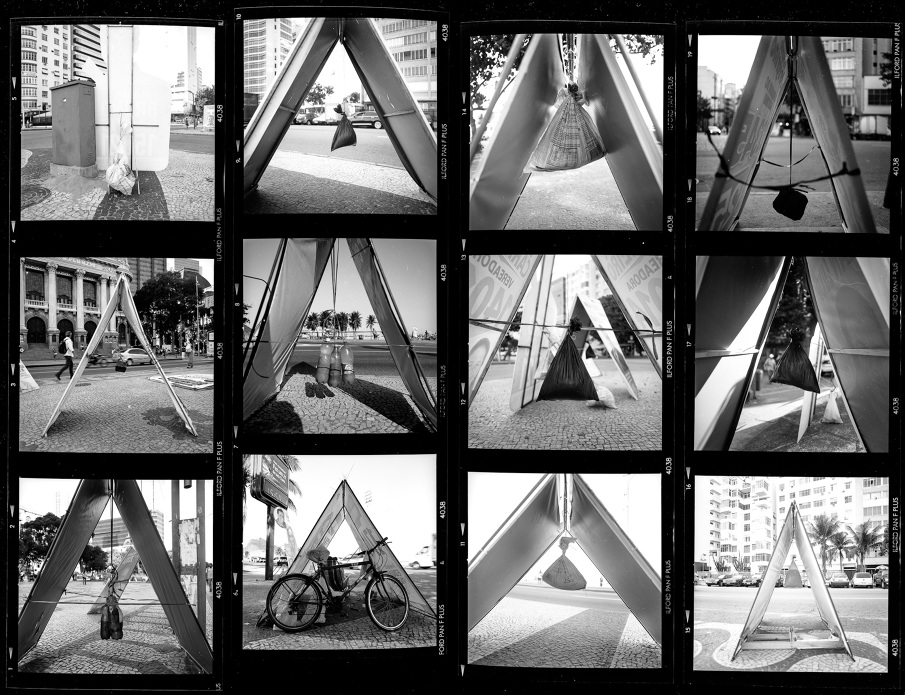